Finding Myself Through Fashion and Fitness

Hi. I’m Katie Mehnert and I want to thank Denise for having me guest post. I’m a self improvement junkie who struggles with the pace of life. I occupy many shoes: wife, mom, runner, author, and globetrotting leader. You can read more about me here.

Ten years ago I began traveling the world for my job. I had been mobile before and managed people across US timezones, however my new role required I visit staff, customers, and partners in Europe and Asia. I had never led a truly global team, so this was a tremendous opportunity to learn and grow to the next level in my career.

About the same time, I was going through major changes in my life. After surviving cervical cancer and several years of emotional problems, which resulted in morbid obesity, I decided it was time I started living, instead of existing. All in all, I lost 150 pounds and about 1000 pounds in toxic relationships. The former girlfriends had to go. They, and my then boyfriend, didn’t understand or want to support the changes I was taking to make a better life for myself.

All of this change was happening so fast that it was hard to keep up. My new lifestyle coupled with a lack of friendships and a new leadership role that had me living out of a suitcase was really tough. In that first year in the new role I travelled 5 countries, 12 cities and covered about 125,000 miles in air travel. You’d think I was living the high life, except I wasn’t.

The old me would go for the box of Cheez-Its. This time, I had to find new outlets to channel my emotions. I turned to two things: fashion and fitness. I upgraded my wardrobe and started running.

On one trip, I stumbled into Harrods in London and found myself at the Hermes counter. I had attended a scarf tying event before at the Junior League back home so I was intrigued to learn more. I met Dorie, the sales person and an American expat living in the UK with her British husband. Dorie and I both missed America. We clicked instantly. Dorie talked me into pink (which is amazing for a gal who only wore black) and that day I walked out with my first Hermes scarf.

I loved my new look. I decided I’d buy an Hermes each time I visited a new foreign city or when I wanted to treat myself.

Soon after I discovered Hermes, fitness became a part of my new life. In a short time, I began training for my first half marathon in New Orleans. My company was so supportive of my new lifestyle they flew me home to run the race. Four years later, I ran my first world major marathon in London, made new friends, and got married.

After running London, I decided I’d run the remaining world major marathons in Chicago, New York, Berlin, Tokyo, and Boston. I’ve never been fast. It’s always been about finishing. And, running is what got me writing my blog, Pace: Life is a Marathon, five years ago.

The ancient Greek mythology says Hermes was a god of transitions and boundaries. Well, lucky me! Today, I’ve got nearly 20 scarves and 4 of the 6 marathons under my belt. It’s my goal by 40 to finish the last two marathons and publish my first book. Finding myself through fashion and fitness has enabled me to become the wife, mom, runner and leader I am today. I don’t regret anything about this journey and know I’m just a work in progress.

What has helped you find your way? How has it shaped the woman you’ve become? Comment today or subscribe to my blog today and be entered to win a free fitness CD!

And, come visit me sometime, friend. I’d love to connect with you and share the marathon of life! 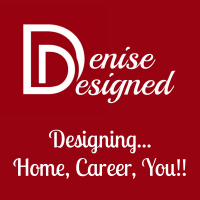