I thought this was fitting for my journey here because I am definitely not playing it safe.  I would say that we all have times when we do.  Its easy, comforting and causes less stress and anxiety.

But there is more value, in the end, when pushing the envelope…

…pushing yourself to do more than Play it Safe!

The Hidden Dangers of Playing It Safe

Last year Dina, a CEO I’d been working with, felt that leaders on her team were playing it too safe.  They weren’t finding and pursuing new growth opportunities and it was crippling the organization.  She kicked off her October management team meeting, which I was attending, by reading the following passage from my book:

The dangers of taking too much risk are very clear. We’re reminded of them in the news every day. Businesses, families, and individuals are ruined in shocking fashion—“150-year-old bank and pillar of Wall Street is gone in the blink of an eye”; “Major oil company loses $90 billion in market value in three months”; “Kite surfer tries his luck in a hurricane and slams into a building.” Astounding lapses in judgment are everywhere. The warnings of overambitious risks are clear—watch yourself and don’t do anything stupid.

Unfortunately, we rarely hear any warnings about playing it safe.

We don’t see news headlines that say, “Low-risk approach forces local business to file for bankruptcy,” or, “Stunningly conservative move pushes global pharmaceutical company to the brink of failure,” or “Man retires after a mediocre career and feels painful remorse for never having laid anything on the line.”

The dangers of playing it safe aren’t sudden, obvious, and dramatic. They don’t make headlines. They develop slowly over time and are almost impossible to pinpoint. This fact often makes them more dangerous than the high-profile missteps we see and hear about in the news because, like a slow leak in a tire, you don’t see or feel these dangers on a daily basis. You become aware of them only when you realize that you’re stuck and you’re not really sure how it happened.

The dangers of playing it safe are hidden, silent killers.

When she was done reading the passage, she looked up and asked the group:

“If a journalist observed our organization for a few months, what headline would she write?”

It was a great question.  I was familiar with the challenges the organization was facing and was eager to hear the answers.  After a few tepid responses, Walter, the CFO, threw out a grenade headline: Company tries desperately to hang on to aging cash cows and antiquated ways of doing business in the flawed hope that they can maintain the status quo forever.

I loved it.  At first the team didn’t know what to do with it.  There was a collective “did-he-just-say-that!?” look on everyone’s face.  It was quickly followed by several attempts to caveat and soften his headline.  Rashid, the COO, commented, “Sure we’re struggling, but that’s just the market, we’ll bounce back.”  Walter stood his ground against the status-quo onslaught.  People got uncomfortable.  A heated conversation ensued about just how antiquated and “in jeopardy” the cash cows really were.  Then the discussion died down with no clear resolution.

I was frustrated.  I didn’t think the meeting was very productive.  I felt that Walter had just given the management team a well-deserved kick in the pants—and they summarily dismissed it without letting it sink in.

Three months later I realized my assessment had been wrong.

By the January meeting, Rashid had a different attitude.  Armed with negative customer feedback he had collected because of Walter’s comments in October, he too had concerns about the organization’s growth prospects.  He felt they were falling into a false sense of security.  Walter’s headline had stuck with Rashid, irritating him and motivating him to understand the issues better—just what the headline was supposed to do.  Rashid was beginning to see what Walter was seeing.

The October and January meetings became a tipping point in jarring people out of their comfort zones, forcing them to realize they had to make some tough strategic decisions.  In the ten months since those two meetings there’s been a marked improvement in the focus and energy of the management team and broader organization.

Watching this unfold, one of the lessons I re-learned (for about the 68th time in my career) is that change works in mysterious ways.  If you had asked me a year ago if Walter would be the one to throw out the initial grenade, I would have bet against it.  And if you’d asked me if Rashid would be the tipping point to change, I would have also bet against that.  But there they both were, leading the charge.

However, I think the bigger lesson here is one of context.  What context motivated Walter and Rashid to do what they did?—to push, to question, to challenge the status quo, to see the dangers of playing it safe for what they are, and to move towards deeper understanding and action.  Neither of them had a history of this behavior.  What changed?

It was the culture that Dina had created over the past year:  Question everything.

What does this business look like in five years?  What are our customers worrying about today?  What will they be worrying about tomorrow?  What are our employees seeing but not saying?  Where are we communicating effectively?  Where are we failing to communicate?  What strengths aren’t we capitalizing on?  What opportunities are we letting slip through our fingers?  How would we try to beat ourselves if we were our competitors?  What weaknesses would we exploit?  And where are we settling for “good” when we should really be going for “great?”

Over the past year Dina had been asking these questions incessantly and demanding others do the same.  She’d been pushing people to make themselves uncomfortable in searching for answers.  In some instances she’d move the organization towards action.  In others she’d just leave the questions hanging, letting people sit with the Socratic discomfort for a while.  In all situations she made it clear—if you’re not critically reflecting on what you’re doing, you don’t know what you’re doing.  The world is moving too fast.

Ultimately, Dina realized a fundamental truth about playing it safe that we should all keep in mind—while it’s dangerous in the long term, it just feels better in the short term.  And so people naturally gravitate towards playing it safe.  Moreover, playing it safe has a below-the-radar, how-bad-could-it-really-be quality which creates an insidious dynamic that’s tough to penetrate.

Dina’s solution to breaking through the tendency to play it safe was simple; attack it every day in the organization.   Bombard it with tough and thoughtful questions.  Hold other people accountable for doing the same.  Then hold them accountable for strategizing and executing.  In essence, make it more uncomfortable to play it safe than to think critically and take risks.

Doug Sundheim is a leadership and strategy consultant with over 20 years experience in helping leaders drive personal and organizational growth. His latest book is Taking Smart Risks: How Sharp Leaders Win When Stakes are High (McGraw-Hill, January 2013). You can follow Doug on Twitter @DougSundheim and find out more about his services at www.clarityconsulting.com. 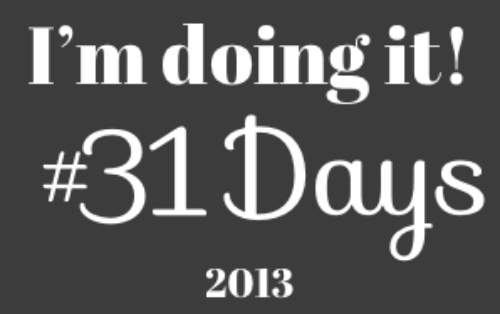 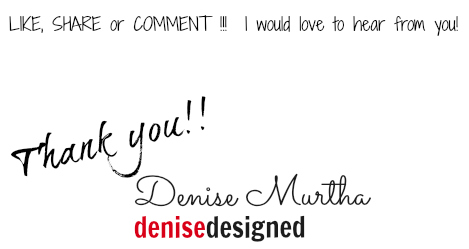 Want to Link up to a New Link Party?  Share it Sunday was launched October 20th!  Be sure to stop by and Check out some great Inspiration and gear up your Post your Favorite Posts Beginning again on Saturday evening! 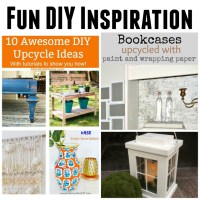